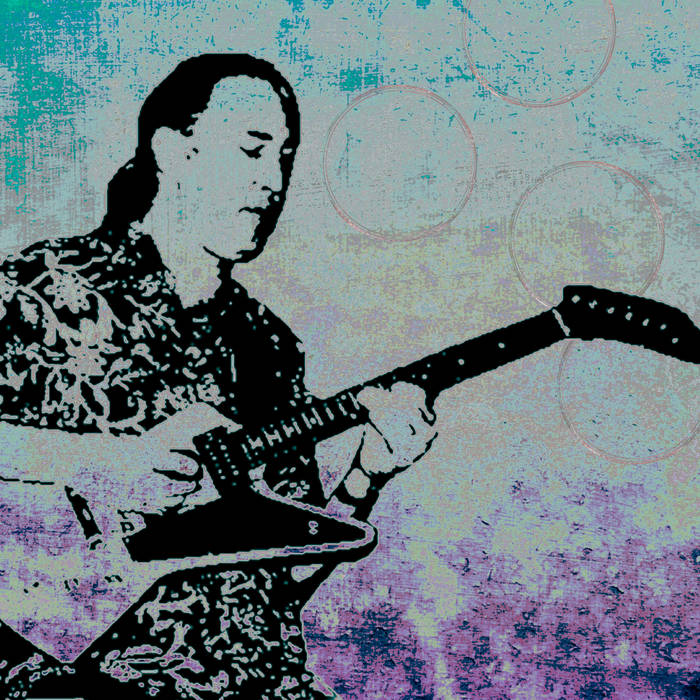 
the fourth, and probably final "eternal album" of 2016, is dedicated to an unusual choice of ios application - the veritable "old man of the sea" of applications, an application that is older than a lot of kids today - the redoubtable garage band.

I will be honest - when I started with ios, several years ago - I was not knocked out by garage band - which had already been around on the Mac for years,

it was capable, but, was limited to a finite number of instruments and options, so, after several early experiments which I have still never published (note - these were finally published in early 2018, as tracks 30 - 35), I moved on to the scapes, mixtikls, drone fx's, and other ambient and creative apps that were flooding ios even back then, when I first began working seriously with applications.

I did occasionally, go back to garage band, to see if it had improved, but I found only minor changes, and those few demos from five years ago, or however long ago that was - pretty much remain my "early garage band" catalogue. however, a funny thing happened on the way to 2017...

I read somewhere that garage band had undergone a significant update, and that it was now a great app to work with for music. so I thought to myself, OK, I will give it another chance.

and - I am very, very glad that i did. Over the past few months, I've created a whole new catalogue of application music, made exclusively with garage band, that I am presenting here now. the changes that apple made to garage band took it from the mundane to the incredible, and I have to say, I love the live loops function, and even more, I love grabbing the amazing "apple loops" and using them to construct unlikely music both active and ambient.

the first few songs that appeared, totally took me by surprise, I could mix ethnic elements with sub bass notes or modern synth sounds, I could lay down exquisite beds of african percussion to layer tracks over, I could "play" the heaviest of guitars, and even play metal (a lifelong dream of mine...)

and the sort of "surprise sonic smorgasbord" that is apple loops, well, it's like a candy store where you reach into a bag, and what you pull out might be wonderful or it might be terrible - but, it's always surprising. some apple loops are truly dreadful, and it would be easy enough to pick all the wrong ones and create some very predictable second class EM - but, if you take care, if you take your time and select only the best of the apple loops, if you use your experience of layering tracks and your skill at mixing tracks - you can create some truly beautiful music with this application.

the last time I was this excited about a music app, was when I learned that scape was available to me - that I could use the genius "musical DNA" of Brian Eno himself, to form my own compositions - that was truly exciting. and still is...


working with garage band now, after it's massive face lift and upgrades, is so brilliant, there's nothing I enjoy more than sitting down and starting a new piece with it, I never know exactly where I am going with it, but, as I add sounds, I always find a good and very musical place to go.

that is the sign of a well built music application, it's actually not easy to mess up, anyone can make decent music with it, but, I want to make truly unique and truly experimental music with it - and, because I am a hands on musician, that actually can play a number of real instruments - on a lot of the pieces, I play either real bass, and / or, real synths, to make sure that not ALL of the sounds are just loops. the addition of ethnic instruments is the icing on the cake, and the apple emulation of the Chinese violin, the "erhu" is truly beautiful - an exquisitely crafted instrument that is surprisingly easy to play - and it sounds absolutely amazing.

that live playing really adds to the excitement of a piece, and I am finding a great balance between my live basslines, synth parts, or guitar / ethic instrument playing - and my carefully chosen and positioned apple loops - it's hugely fun to arrange a song in this app, and I must recommend it very highly - garage band has had a long, long journey, but suddenly, it's returned with a face lift, and has almost instantly transformed itself into an innovative, creative force of nature in music.

it's my sincere hope, that apple will continue to make improvements, and also, that they will continue to expand the free "apple loops" - for one thing, at some point, I am going to have used all of the good ones - and I will need more then ! so come on apple - please give us more loops...


I hope you enjoy this series, it's been an absolute joy to create these pieces, and I can see myself creating more like them, for years to come. I would never have dreamed I'd be saying that kind of thing about garage band, of all the music apps out there - but it's true - it has truly been transformed, and now I consider it to be one of the top tools for music making on ios, along with the mixtikls, scapes, nanostudios, and many other applications out there - it's a brilliant app, and I have fallen in love with it properly this time - long may it make music for us all.

give it a try - you may be surprised.


all sounds by dave stafford (live iPhone bass guitar, live iPhone acoustic or electric guitars, live iPhone keyboards - Animoog, Korg iWavestation, and others - live iPhone ehru, live iPhone pipa, live yonac steel guitar, and, occasionally - real electric guitars too) - except for the "apple loops" which are of course, apple's. I just put them into the tracks, I don't create the samples themselves. apple loops are simply awesome.

a note about the new garage band experience:

the availability of "apple loops" gives you the power to create music without actually "playing" a note on any instrument, real or virtual - . however, in my case, many of the tracks contain "live" or edited "live" real bass guitar parts played on the mock-violin-shaped-mccartney-virtual bass contained within garage band. I have also played the new "erhu" and "pipa" instruments based on classical Chinese musical instruments, and also, a third party "steel guitar" app that is truly beautiful - all of these, and the mccartney bass, are actually performed on the tiny iPhone screen

so if you hear a somewhat guitarist-like bass player on the tracks, that would be me - playing that virtual bass.

so the tracks are a mixture of samples, loops, and "live"-but-virtual-instrument playing - I believe that in one case, I didn't actually play anything "live" on the track, but on the rest of the tracks, either the bass, the synth, or both are live or edited live performances.. where you hear erhu (chinese violin) or pipa (chinese lute) or steel guitar - I actually played those, as well.

Of course, I could also overdub real instruments on top of the tracks, but I wanted to see what could be accomplished with just garage band, and the amazing apple loops samples - and, I found that you can accomplish a massively diverse set of songs with influences from all over the world and across all musical genres - which is the kind of tool you want, ideally.

where memory serves, I will attempt to provide more detail about how each track was constructed, under the notes for each track.