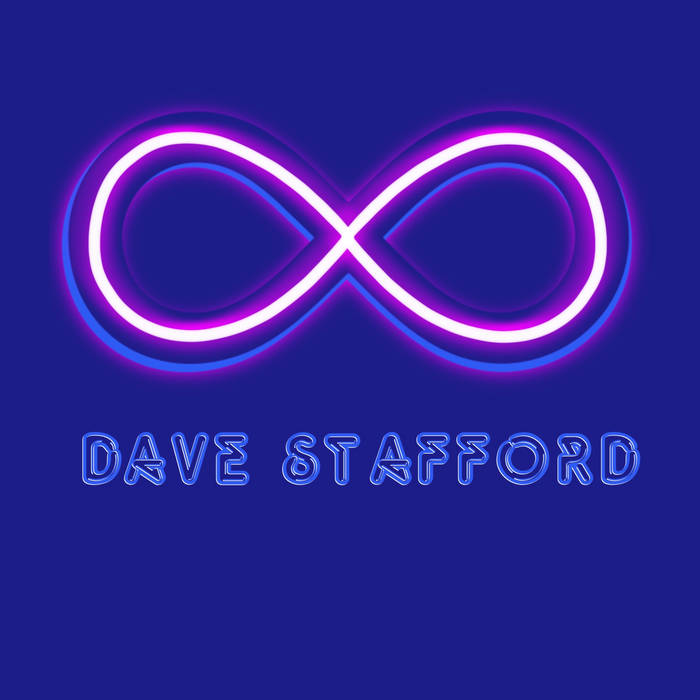 ∞ is the first of a new kind of "album" - beginning in 2020 - the "infinite album". this is the next and final evolution of my previous non-standard album format "the eternal album" - and it will differ from my "eternal albums" in that it will contain every sound based or sonic experiment that I create from this moment forward as we move into the future.

I believe that over time, the concept of the "album" has changed and changed again - to where the idea of a small group of songs, forever locked into a certain sequence - representing an artist or an artist's work or their idea of what their own music should sound like - severely restricted and constrained to a fairly short and limiting duration...

I believe that - that was fine for those times, but in the brave new world of 2020 - we need something....brave and new.

so this album is the first - and only - dave stafford "infinite album" - which will start out with a handful of tracks - and grow into a large body of work over a indeterminate number of years.

the album itself is free from all of the former restrictions originally imposed on recorded music: - i.e. one side of a 78 shellac, two sides of a vinyl album (perhaps 45 minutes of music), cassette tapes of many durations up to 120 minutes, the compact disc which eventually grew from about 650 MB capacity (70 odd minutes) to closer to 800 MB (about 80 minutes) capacity and then - ultimately - to downloads - where - suddenly, there was no restriction on size or content whatsoever.

the "eternal albums" that I have presented over the past few years were still moulded by myself into a particular theme, or, they presented works performed on a specific instrument, or with a particular application or some other grouping or "theme" was applied to each eternal album.

this new "infinite album" is wholly unrestricted - not to any of the duration-limiting restrictions listed above, nor for any stylistic, genre-based or sonic / atmospheric reasons - so an ambient loop is as valid as a wall of feedback which is as valid as a string orchestra piece which is as valid as a piece of progressive metal - duration, genre, style, content - none of these are now restricted in ***any*** way. music is music - and all durations, types, styles, moods, and genres should be allowed to co-exist in one large formless "album" that by definition - almost "isn't" an album. it's a new thing - it's infinite.

the result of this is a very, very flexible format that gives the listener the ability to select and listen to the tracks that appeal to them personally - and leave the rest of the tracks to other listeners to hopefully enjoy. as the work grows in size over the next couple of decades - listeners will have more and more choice of tracks - in different styles, genres and atmospheres - and can basically configure their own "customised" "personalised" version of ∞.

the first set of tracks to be uploaded were all taken from an impromptu live guitar improvisation using the Chase Bliss Audio "Blooper" loop pedal, the Chase Bliss "MOOD" micro looper, and the Empress Zoia to create some very unique and very, very unusual and quite textural loops - guitar loops of a kind that I have never actually played until this session and are a new and exciting kind of ambient loop - thanks to the interaction between the remarkable "Blooper" and "MOOD" pedals.

I will very probably be doing a lot more improvs using the "Blooper/MOOD" combination - sonically, it is one of the richest,most incredibly lush sounding, and simply beautiful combinations of two pedals working perfectly together that I have ever experienced - and as it was my first ever time to use the "MOOD" pedal - it was audio “love at first note” - what a remarkable device.

The input for the session was my Sustainiac-equipped Schecter guitar – using a combination of sustained notes from the sustainer pickup as well as playing standard picked notes with a completely clean guitar sound – the remarkable effects sections in MOOD and Blooper do the rest – and some of the tracks were literally created by playing a short loop, doing a simple overdub – and then turning my guitar volume off, setting the guitar down – and then carefully manipulating the controls of MOOD to create effects and textures that are literally otherworldly in their uniqueness and beauty.

Chase Bliss absolutely nailed it with this lovely little “collaborative effort” pedal - MOOD – three manufacturers contributed to the build and the resulting pedal is far, far more than the sum of those three excellent parts – it’s an innovative, ground-breaking musical tool that creates heart-breakingly beautiful audio from any decent input you feed it – and learning the controls on the spot as I played with “MOOD” for the very first time on January 17, 2020 – was so comfortable and so intuitive – it felt like I had been using it for years.

an absolutely pleasurable and very, very musical experience unlike any session or indeed any music I have ever played before – and it was technology that enabled the very, very human and real beauty that peers out from the tracks of the “Kepler” series of loop experiments presented here.


this initial set of tracks were recorded live to digital on the afternoon of January 17, 2020 - the first guitar tracks I recorded in the new year - and I feel that the tracks are a perfect introduction to the new year as well as a great way to inaugurate and initiate this unique new album format, too.


recorded, engineered, and produced by dave stafford for pureambient


the world's first and only "infinite album"