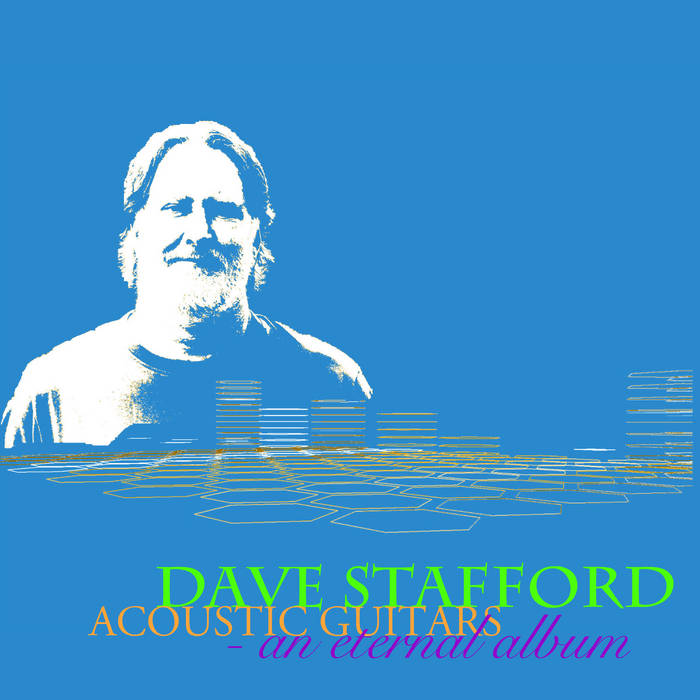 the third eternal album for 2016 became obvious once I'd created the second - it only made sense, because I have over the years, off and on, recorded and worked on a number of pieces of music that feature acoustic guitar rather than electric...so an album for "acoustic guitars" now happily joins the previous album which is all about "electric guitars".

in this way, I'm keeping all of the current guitar work encapsulated in just two eternal albums, which gives the listeners (you) a choice of mood - the choice of music made with electric guitars, or as in this case, music made with acoustic guitars.

playing the acoustic guitar is a very different experience to playing electric guitar, it's very much more difficult for a start, and it's difficult to play acoustic guitar well. as time goes on, I have worked hard to become more proficient, but finding time to work on acoustic material is difficult because of how much time gets spent working on either electric guitar music, or, on application based music.

but I am determined, so, there will be acoustic guitar music, and it starts out with a couple of gentle pieces that I recorded back in February of 2016, and I hope it will continue with more new pieces throughout the year and beyond.

I am very happy then to announce the birth of this album - "acoustic guitars - an eternal album".