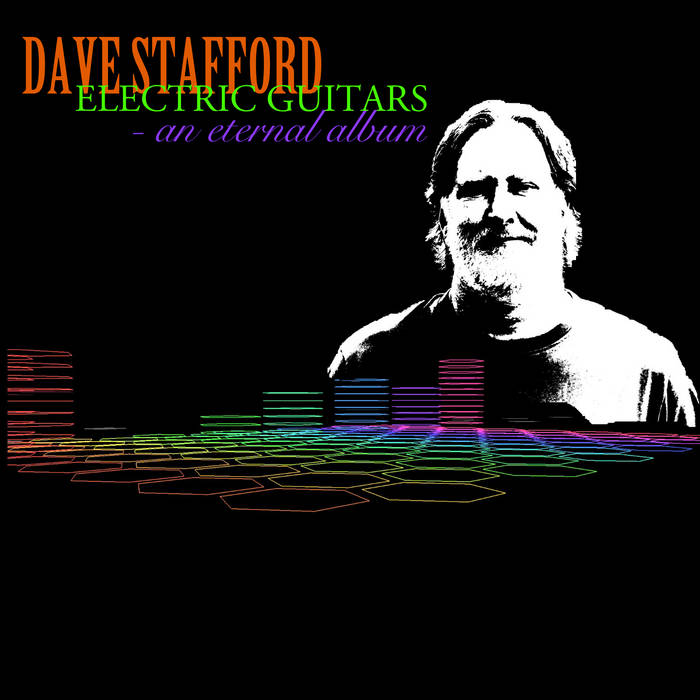 it's about the guitar - playing the guitar, in a variety of ways, in the context of songs - that's mostly the purview of "progressive rock" whereas "electric guitars", will showcase live, looped and also, as is the case with these first eight tracks, short delays of various kinds.

what is possible with a single electric guitar, performing mostly, live, has really changed over the years, and it's amazing to me, having been there at the start, when all we had were distortion units and wah pedals, and that was about it - it's absolutely fantastic to be able to dial up a really complex delay sound, and then play live guitar using that sound, to create a new kind of improvisation - one that is predicated on the use of a high quality effects unit such as the eventide H9 or the eventide stomp box series for that matter.

these devices have changed the language of guitar so much, and now, on top of the work that I normally do with my loopers (which deal with loops and/or, very long delays) I am very happy that I can now work again, with shorter delays, which create some really interesting rhythmic juxtapositions, and depending on how you play, you can cause all kinds of musical events (and some, not so musical!) to occur - and it's hugely fun to do.

so "electric guitars", will be about every kind of guitar playing: from ordinary electric guitar, to ebow guitar, kaoss guitar, ambient loop guitar, long loops, long delays, short delays, no delay...we will also explore the world of effects, from the high quality effects of the eventide H9, down to the grungiest stomp boxes in my modest collection - we will check them all out over time, and hear what possibilities there are, reflected in the music.

and sometimes, what happens when you chain together a whole bunch of really over the top effects - you can end up with sounds so otherworldly, you would not know it was a guitar playing, unless I told you so!

so if you like the sound of one electric guitar (well, I suppose if I am using a delay, there might be more than one guitar "sounding" - but I am only playing one guitar, one time on many of these pieces). If that is not the case, if for example, I were to overdub a second or third part (which I do sometimes do, even in an improv situation) then of course, I will let you know - but for the most part, these pieces will be live, and will be one pass of the hands over one guitar one time - hopefully, resulting in some pleasant and / or challenging music made with "electric guitars".

after some additional thought, I've decided that in addition to solo or duet guitars, that I will include full songs as well, if they feature a lot of electric guitar - and often they do.

i.e. whatever is required by the improv or song of the moment.