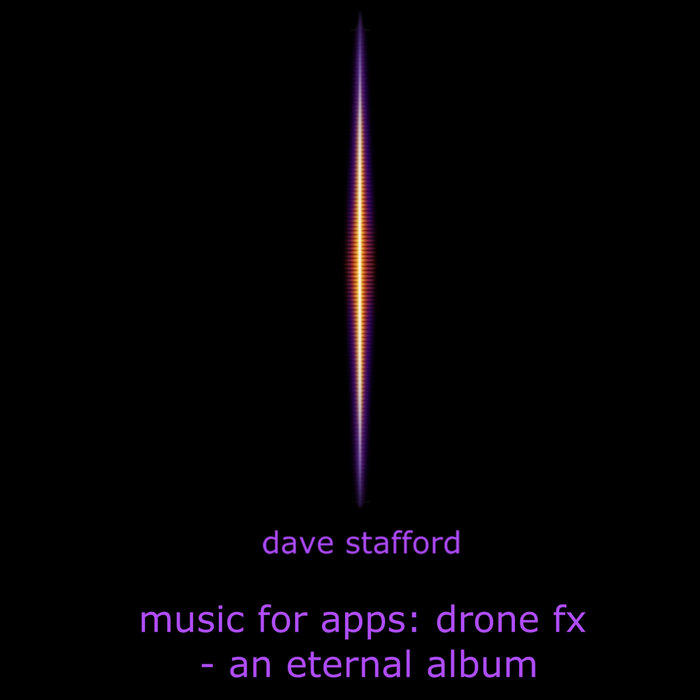 remarkably, this is a free application, but there is nothing cheap about it’s performance, it ready and loaded with a large range of truly beautiful ambient and drone sounds, as well as more active sounds if you want to explore the…busier side of ambient.

for me, it’s the perfect tool to compliment my two other main generative application-based tools, “scape” and “mixtikl”. each one of the three apps uses a completely different interface to create your generative soundscape:

scape is visually oriented, so the designers, brian eno and peter chilvers, have assigned sounds, effects, processes, and rules to colourful shapes, which the user merely selects and arranges on a screen. I’d say of the three, it’s the easiest to use – anyone can make scapes, and if you practice, you can even control what comes out, to some extent, anyway. scape was the first generative app I worked with, and I very quickly amassed a huge library of scapes (because it IS so easy and quick to build them) and I still consider it to be the premium generative tool – possibly because brian eno and peter chilvers are involved with it, but also due to the awesome set of truly beautiful sound samples created by this ultimately creative pair for the scape environment. and it’s beautiful to look at, too – each scape is a little piece of artwork – that happens to also generate music. a brilliant tool.

mixtikl was my second generative music app, and it took quite a bit more time to warm too, in fact, I can say easily that it’s the most difficult of the three to get used to, they use a horizontal grid that you drop elements into, and then you can add rules, effects and processes to your heart’s content. there is again, a massive library of free content, including some incredibly beautiful samples, and to date, I’ve created over 60 “mixtikls”. once you are familiar with the application, it becomes nearly as simple as scape to operate, just a little more time consuming, because you have more control over more parameters.

scape gives you minimal control of processes, mixtikl gives you maximum control – and I mean, maximum!, almost unlimited control – but it takes a longer to achieve results, and it’s helpful if you have a background as a musician, that makes it easier to adapt to the way that the effects work (both at sample level and globally), how to set the overall mix and eq, and so on. mixtikl is a huge and important part of my musical arsenal on the ipad, and I plan on continuing to compose ambient and active music with it indefinitely – it’s a great application, and in many ways, I actually consider it to be superior to scape – mainly because of the amount of control the user has, hence, the amount of musical flexibility.

drone fx is the newest addition to ioS, I believe it’s been out for a year or so, but for some reason, I never ran across it – so I was very pleasantly surprised when I did finally discover it in december, 2013, and I began making “drones” on january 5, 2014 (after some early experiments in december that I did not record). drone fx uses a vertical mixer (as opposed to scape’s “shapes on a palette” approach, and mixtikl’s “samples on a grid” approach) approach, which is straightforward and quite easy to learn,

you have five channels of stereo sound, to which you can assign a different instrument to each of the five, and a lot of control over the sound of each sample within the mixer’s “controls” (which are very space-age looking, really cool interface!) as well as control of tempo, and interestingly, since neither scape nor mixtikl really offer this – a set of chord changes for the device to cycle through. you can select how often each chord repeats, and of course the tempo dictates how quickly the device cycles through the chord set. of the three apps, I think that drone fx is nearly as simple to use as scape, but with some complexity as with mixtikl – so in a way, it’s sort of “in-between” scape and mixtikl in terms of user friendliness. I found it extremely easy to set up, and I was able to create my first drone in a matter of minutes.

drone fx has a great selection of uniquely named musical instrument categories to choose from, and the instruments themselves have unique and interesting names not normally associated with musical instruments. even the categories of the sounds are unique, so along with the familiar such as “pads” or “strings” you also have categories such as “bowed” or “blown” – but, regardless of the unusual names, what you have is a really large library of very ambient (for the most part) sounds that are ideal for creating ambient soundscapes – ideal.

we are very excited about “drone fx”, because since it’s a slightly different tool, with different samples to the other two tools – of course, the resulting pieces have a unique sound of their own, that is unlike the sound of a scape and unlike the sound of a mixtikl – so now, we have a third powerful, ambient, generative application to make music with – and I hope to add tracks to “music for apps: drone fx” often during the course of the new year – welcome to 2014 !!


I should note, for fans of my ambient music – music made with this application can be ambient, but many of the pieces may also be quite active; therefore, not like my usual ambient work – I will mark each track as ambient or active where possible, so: this album will probably contain a mixture of ambient and active tracks.

I've been playing the piano since I was very young, and synths since I first had them available, and having applications like this one (and many others to come) to work with, is a great opportunity for me to play some different kinds of music that are synth or sequenced-based, or in this case, generative - rather than guitar / guitar synth, energy bow or loop based.

so sit back, and enjoy the ride, the joy of discovering the brilliance of the drone fx application and the unique music that can be made with it - from now until bandcamp is no more...