rev - time waits for no woman

from music for pcs: output - an eternal album by dave stafford 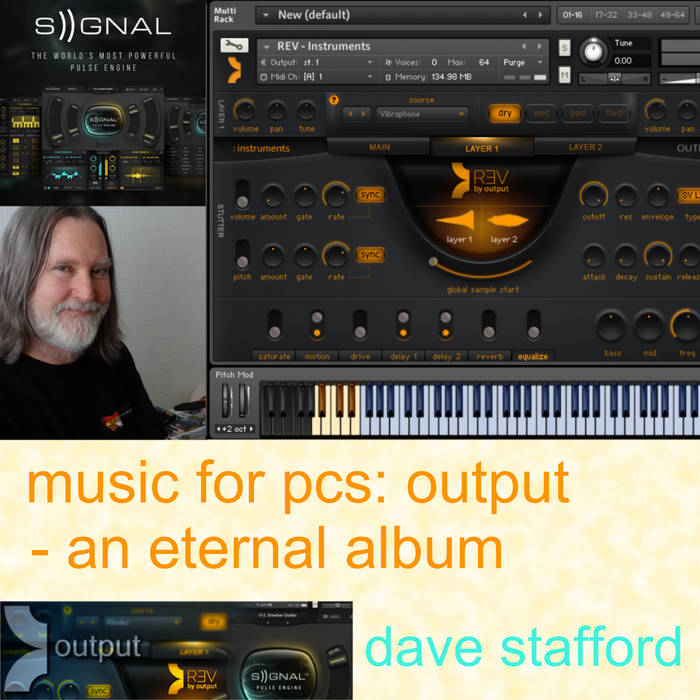 rev - time waits for no woman

through one of those unavoidable loops in time, it so happens that the previous two tracks were recorded more recently, while this track and the next two, were actually the very first three recordings I made using the remarkable "rev" software. this is the very first of the three.


I've always personally been utterly captivated by reversed sounds or backwards sounds - ever since I heard "I'm Only Sleeping" by the Beatles, where George Harrison did not one but two intertwining guitar solos that were then reversed - back then, the only way to accomplish this was to record your song forwards, leaving blank tracks for the reverse instruments, then, physically turn the reel to reel tape over, and, with the song playing backwards now, play forward music on top of the song.

you had to guess (I know this, because my first reverse guitar experiments were done the same way, on a reel to reel tape recorder) at what you played, and often, it took several tries to get it right, but eventually, you find what "works" and what doesn't work.

the Beatles then later refined this process on other tracks such as "Rain" which features reversed vocals during it's fade out, and other artists such as King Crimson have featured reverse guitars from the early 1970s onwards. as time progressed, it eventually became possible to emulate this effect electronically, guitar pedals became available that could allow you to "play" reverse guitar in a live situation - and those pedals were first on my list, and I've used them extensively ever since - particularly the Line 6 DL-4 delay - although many, many other devices feature reverse sounds.

so imagine my excitement when a software company announces that they have, from the ground up, developed an entire INSTRUMENT based on reversed samples? and luckily for all of this, it wasn't just a thrown-together set of backwards samples (which really, any of us musicians could just create if we wanted to) it's actually a playable instrument, and a brilliant one at that.

rev uses four types of sounds, which are:

within each type, there are then categories of different patches.

in many cases, there is also an additional "effect" attached to each patch. instruments have their effects built into one or both of their "layers".


a single patch was used on this track: